Life with Chronic Conditions: Living in the in between 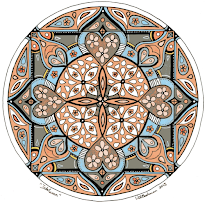 A friend posted to Facebook this week: Do you ever feel like you are disappearing? Like you aren’t being noticed or heard? Like you are slightly shifted from this reality but you have a lot of good things to say? Maybe I’m not projecting enough...maybe it’s something that I’m doing wrong (or not quite right). Maybe the world is beginning to lose its cohesion... I don’t know, but it feels like the calm before the storm...

Right now, emotions are pretty charged. Society is being driven in ways no one could have predicted a year ago. “Cancel Culture” is at an all time high with no one really listening. Many are clinging to every news report for a vaccine and the hope they will get back to “normal.” With jobs, friendships, school, visiting and so much more on hold/interrupted, it’s easy to see why many continue to say, “when this is over.”

Engaging in “when” thinking- “when I get healthier, get a new job, finish school, etc.”  can leave one very dissatisfied.  There is no “perfect time,” other than in hindsight, where we tend to look at things through “rose colored glasses.”

Some times are more challenging than others, yet the more we muddle through the “in-between” times, waiting for the “when,” not only do we miss some amazing things, but it makes life less than a satisfactory experience.

Over the years, I’ve incorporated lots of information about the importance of living mindfully, resiliently etc. etc. So no need to repeat it. The short list is:

• Control the things you truly have control over. If you are upset about how Covid has been handled, vote to change who is in office. Limit or avoid all together social media-it’s a time suck and can make you nuts.

• Live in the present: Check out How to Live in the Present Moment : 35 Exercises and Tools

• Laugh whenever you can because a great deal of this won’t matter five months from now, let alone five years from now and besides, laughing always makes you feel better.

• Remember that we’re wired to be resilient.

So I’ll close with the comment I left for my friend as well as include links to previous posts. We're experiencing the "in-between" and none of us are sure how to live with it. Covid is a game changer. Logically, we can't go back to where we were, and yet the future looks confusing and overwhelming. The best we can do is control the things we have control over; accept that our lives have been altered and take heart in knowing that we will get through this as humans have done for eons. None of us are alone in this and together we will find ways to make it work.

Previous posts relating to this topic

Yup Things area Mess: But there are things you can do

Life withChronic Disease: You are not a victim

Healing the Whole Person: Ways to Increase Well-Being When Living with a Chronic Condition

The three secrets of resilient people by Lucy Hone