CHRONIC PAIN
• Specially Designed Video Game Might Ease Phantom Limb Pain: Amputees who experience what is known as phantom limb pain may benefit from playing a virtual reality game that simulates the movement of missing limbs, a small study suggests. The Lancet

COMPLEMENTARY & ALTERNATIVE MEDICINE
• Magic Mushroom Chemical Eases Cancer Patients’ Despair: Cancer often leaves patients feeling that life has no meaning, a state of mind that psychiatrists call "existential distress." But two new, small studies suggest that an ingredient found in hallucinogenic "magic" mushrooms can dramatically reverse this feeling. A single dose of the man-made drug psilocybin quickly lifted spirits for most cancer patients, and the effect lasted as long as six months for many. Journal of Psychopharmacology

• Pot Smoking Might Harm Vision: Smoking pot regularly may be linked to a limited degree of vision impairment, a new French study suggests. The finding stems from very preliminary research involving just 52 participants, 28 of whom were regular marijuana users. That meant they used marijuana at least seven times a week. JAMA Ophthalmology

• Yoga for High Blood Pressure: Yoga may help reduce blood pressure in people who are at risk for developing hypertension, a new study finds. European Society of Cardiology

FDA ACTION
• Approves Empagliflozin to Reduce Cardiovascular Death in Adults With Type 2 Diabetes
• Will no longer enforce a requirement that people aged 18 and older receive a medical evaluation or sign a waiver before buying most hearing aids
• Concludes That Use of Pioglitazone May Increase Risk of Bladder Cancer
• Issues Anesthesia Warning for Pregnant Women, Kids under 3

may just be steps away for people on kidney dialysis, a new study suggests. A simple program that includes a few minutes of walking a day appears to benefit these patients, a team of Italian researchers concluded. Journal of the American Society of Nephrology

• Standing or 'Easy' Walks May Help Type 2 Diabetics Control Blood Sugar: For people with type 2 diabetes, better blood sugar control may be as easy as getting up off the couch and standing every so often, or taking a leisurely walk, a new study shows. Diabetologia

• It’s Never too Late to Stop Smoking: You're never too old to reap the health benefits of quitting smoking, a new study finds. "Even participants who quit smoking as recently as in their 60s were 23 percent less likely to die during follow-up than those who continued to smoke into their 70s.” American Journal of Preventive Medicine

• Optimism May Propel Women to a Longer Life: Women who generally believe that good things will happen may live longer. That's the suggestion of a new study that seems to affirm the power of positive thinking. "This study shows that optimism is associated with reduced risk of death from stroke, respiratory disease, infection and cancer.” American Journal of Epidemiology

• Just 1 Cigarette a Day Can be Deadly: Data on more than 290,000 older Americans, aged 59 to 82, smokers were asked about their smoking habits at nine different points in their lives, beginning with before they turned 15 until after they reached the age of 70. Compared with people who'd never smoked, those who smoked an average of less than one cigarette a day over their lifetime still had a 64 percent higher risk of dying early. And those who smoked one to 10 cigarettes a day had an 87 percent higher risk, the findings showed. JAMA Internal Medicine

• Avoiding spiritual struggles and existential questions is linked with poorer mental health Fear of confronting the tensions and conflicts brought on by existential concerns—the “big questions” of life—is linked with poorer mental health, including higher levels of depression, anxiety and difficulty regulating emotions, according to a new study. Journal of Contextual Behavioral Science

• Only Orthothics help to guard against Injury: The millions who run, walk or play sports may think shoe inserts that cushion the foot can help prevent injuries. But a new review challenges that notion. "There appears to be little merit in using shock-absorbing insoles for the prevention of injury, while there is some evidence that foot [orthotics] are effective for the prevention of some injuries like stress fractures and shin pain.” British Journal of Sports Medicine

• If you want to stick to an Exercise Plan Try High-Intensity Workouts: High-intensity interval training (HIT) is more enjoyable than moderate exercise, a team of kinesiologists has found. It’s the first study to examine changes in enjoyment for HIT workouts versus moderate continuous training, over the first six weeks of an exercise program. Plos One 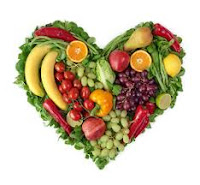 • Testosterone Therapy May Be Linked to Serious Blood Clots: Researchers found that men taking the male hormone seem to have a 63 percent increased risk of a blood clot forming in a vein, a condition known as venous thromboembolism (VTE). These clots can cause a heart attack, stroke, organ damage or even death, according to the American Heart Association. British Medical Journal
• Benefits of daily aspirin outweigh risk to stomach, study suggests: Stomach bleeds caused by aspirin are considerably less serious than the spontaneous bleeds that can occur in people not taking the drug, concludes a new study. Public Library of Science

• Wider Low-Dose Aspirin Use Would Save U.S. $692Billion: Taking low-dose aspirin daily can reduce older Americans' risk of heart disease and cancer, and lead to significant savings in health care spending, a new study contends. University of Southern California researchers used national data to assess the long-term benefits of daily aspirin usage. They calculated that taking low-dose aspirin every day would prevent 11 cases of heart disease and four cases of cancer for every 1,000 Americans ages 51 to 79. PLOS ONE

• US Doctors Still Over Prescribing Antibiotics: Despite evidence that certain drugs aren't always necessary, doctors are still prescribing these treatments, a new survey of doctors reveals. Antibiotics are by far the drugs most frequently used in situations where they'll provide no value for patients. The survey found that more than a quarter of doctors surveyed (27 percent) said that antibiotics are often administered to patients when the drugs will do no good.

• Could Statins Cut Risk of Alzhemier’s?: A new, large study suggests that if they do have that power, it may depend on the specific statin, and the gender and race or ethnicity of the person taking it. For example, black men appeared to gain no benefit from taking any statin, while white women may lower their risk regardless of which statin they take, the researchers said.
The findings don't prove that statins reduce the chances of developing Alzheimer's. And if they do shrink the risk, the effect seems to be small. JAMA Neurology

• Beta Blockers May Not be Best Heart Drug for Dementia Patients: Beta blocker drugs are often the go-to medication for people who've survived a heart attack. But a new study suggests that they may not be the medicine of choice for nursing home residents with dementia. Taking the drugs reduced the risk of death during the study period by about a quarter, the researchers said. But the drugs were also associated with 34 percent higher risk that a patient with moderate or severe dementia would be unable to independently perform the functions of daily life. JAMA Internal Medicine

OTHER
• Obamacare’s Demise Could Be Quicker Than Republicans Intend: Republicans in Congress say they'll vote to repeal much of the Affordable Care Act early next year — even though they don't yet have a plan to replace it. But they also insist that they don't want to harm any of the millions of people who got their health insurance under the law. The lawmakers' strategy? Vote to repeal, and fulfill their top campaign pledge. But delay the changes, and keep running Obamacare for as long as two years while they figure out how to fill the hole they'll create in the insurance market. NPR

• 52 Million Americans with Pre-Existing Conditions Become uninsurable if Obamacare is Repealed: In an interview last month with 60 Minutes on CBS, Trump said he intends to retain the Affordable Care Act’s protection for people under 65 years of age with chronic medical conditions such as heart disease, cancer, dementia or diabetes, calling it one of the highly controversial law’s “strongest assets.” But with mounting uncertainty about how Trump and the GOP intend to repeal much of the Obamacare law next month without a replacement plan in hand, the plight of millions of Americans with pre-existing medical conditions is a very big question mark. Business Insider

• American Death Rate from Drugs, Alcohol, and Mental Disorders Nearly Triples Since 1980: More than 2,000 US counties witnessed increases of 200% or more in deaths related to substance abuse and mental disorders since 1980. Cardiovascular disease was the leading cause of death overall in the United States in 2014, but cancers were responsible for more years of life lost to early death than any other cause. Still, the rate at which Americans die from cancer and other diseases or injuries differs significantly among communities, highlighting stark health disparities across the nation. JAMA

• Prices Skyrocket on Drugs Widely Used by Seniors: The prices of brand-name drugs used by many older Americans rose nearly 130 times faster than inflation last year, a new study reports. The researchers examined the prices of 268 brand-name prescription drugs widely used by seniors, including 49 in drug categories that are used to treat common and often chronic conditions, such as high blood pressure, high cholesterol and diabetes. The retail prices of the drugs rose an average of 15.5 percent in 2015, compared with a 0.1 percent increase in the general inflation rate, according to the AARP report. The study findings also showed the average annual cost for chronic use of one brand-name drug rose to more than $5,800, compared with nearly $1,800 in 2006. AARP
Posted by Margo Caulfield at 4:25 AM