Life with Chronic Conditions: A dose of optimism 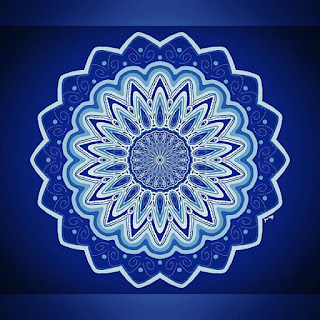 One of my kids has a chronic condition. While under control, I realized recently that health issues, including surgery, combined with a barrage of negative media, was contributing to his feelings of discontent and anxiety. He isn’t alone. It as if the dementors-the creatures from Harry Potter that feed on human happiness-have invaded the planet.

In response to the constant barrage of doom and gloom, I posted on my personal Facebook page 23 Charts and Maps that Show the World is Getting Much, Much Better.  Only two people bothered to “like” it and one mentioned Steven Pinker, the Harvard psychologist and author of “ Enlightenment Now: The Case for Reason, Science, Humanism and Progress.” I then posted Pinker’s TED talk, “Is the World Getting Better or Worse, A Look at the numbers,” which had even less responses.

In his TED Talk and books, Pinker provides data sets that show that significant strides have been made in every single measure of human well being (life span, hunger, education, poverty, violence etc.) yet almost no one knows about it or acknowledges it.

Take for example plane crashes. The odds of a plane crash are one for every 1.2 millions flights, with odds of dying being one in 11 million. Yet, when there is an airplane accident, the news coverage is endless and there are now TV shows called “Air Disasters,” which keeps the fear alive between incidents. Flying is overwhelmingly the safest mode of transportation with the drive to the airport more dangerous as the odds of dying in a car or traffic accident are one in 5,000.

We’re mortal beings and no we can’t control that ultimately we all die. However, in the interim we don’t have to endlessly make ourselves miserable obsessing and worrying over things that will never happen, or if they do happen usually aren’t as horrific as we thought they would be. According to Pinker, No one can prophesy that a cataclysm will never happen. But, as with our own mortality, there are wise and foolish ways of dealing with the threats to our existence. Some threats turn out to be figments of cultural and historical pessimism. Others are genuine, but we must treat them not as apocalypses-in-waiting but as problems to be solved.

If you think about it, it’s no mystery that we’re genetically programmed to believe bad news more readily than good. Our brains store positive and negative differently, with the negative more accessible so it’s a no brainer that the media is based on “if it bleeds it leads.”

Evolutionary, worrying about the shadows in the bush being a lion ready to pounce was important when life expectancy was 26 years. However, today, with a life expectancy close to 80, strategies that were once helpful are becoming counterproductive.

If you are still thinking, “but just look at the most recent headlines.” Sure they scream of horrific news, and they always will. However, not so readily available to readers are stories about people who are making contributions above and beyond to make things better. These may appear to be few in number, but they add up, hence Pinker’s data is showing a very different trend than what the media broadcasts.

I’m not advocating burying your head in the sand but being news obsessed to the point of numbness is not okay either. Know what’s going on in the world, but practice moderation. Making a point of seeing something positive first thing in the day is probably going to be much better for your outlook than watching CNN.

Maybe most important of Pinker’s and others work, which focuses on the positive and not the negative, it gives hope, and with the recent string of hate crimes we need hope now more than ever.

Ultimately, we are responsible for the climate of our mind. If our mind is calm and relaxed we can approach life and each other from a kinder, gentler and saner approach than if it is wrapped in anger and fear.

I end this post recommending that you watch Sylvia Boorstein's recent video where she discusses how everyday mindfulness practices can make a difference.

Posted by Margo Caulfield at 3:27 AM